Between Land's End and the High Mountain range is the Western Desert. It is an inhospitable land, rocky, barren, and chapped by vicious winds that blow from beyond the end of the world. Life here is sparse, existing only where it can find refuge in the crevasses and cracks amid the hills, canyons, and badlands. There are no cities, no goblins, no wandering tribes - only a hard expanse to be crossed as safely and expeditiously as possible. The only people in the Western Desert are but passing through. 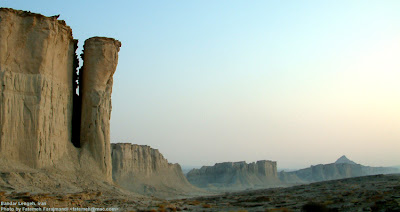 It is an unfortunate fact of geography that the only way to travel between Kimatarthi's two population centers is through the desert. The Great Rift makes east-west travel impossible. For over a thousand years, Markaz has served as a departure point for caravans heading to the distant southern city of Bryss, and as an arrival point for those coming north and east. The journey can take nearly two weeks, though it is said that daring drivers know secret paths that will cut that time in half. 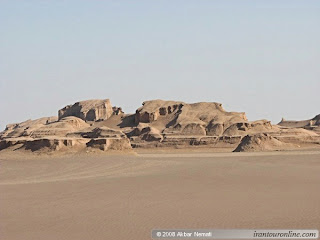 Scattered across the desert is a chain of caravanserais that serve as way-points for travelers making the arduous journey. Most are ancient structures, built hundreds of years ago. Though they serve as places to replenish water and trade with other travelers, they are little more than rough shelter from the night. 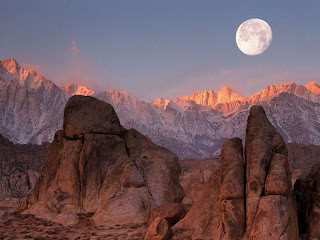 Though many have traveled its expanses, the Western Desert remains a mysterious and foreboding place. The best worn paths often run very close to Land's End, and it is said that the wraiths and spirits that live in the mists beyond sometimes abandon their sanctuary, seeking human flesh. Indeed it is not unheard of for entire caravans to go missing in the desert and never return. It takes a certain mettle to make the journey, but those who do are those that can profit from being the lifeblood of the world's commerce.

Posted by MadMadMad at 9:46 PM