Without a doubt, my favorite contemporary fantasy author is Jim Butcher. And if you've read his Codex Alera series, you're familiar with slives. For those who haven't read the books: Slives are nasty, poisonous lizards - and while the hero of the books, Tavi, only encounters them rarely (once, as I recall), they do serve as the standard insult of the series. Any detestable person is referred to as a slive, rather than a snake, jerk, a-hole, dingleberry, or douche-canoe.

What I like about slives, with regard to my Kimatarthi campaign, is that they are fantastic creatures, but not overtly magical. So I thought I'd give them some D6 stats and steal them for the game. I don't think Jim would mind, since I know he's an avid gamer himself, but I hope his publisher isn't a douche-canoe, and just sees it as free publicity. So what do we know about slives from the books?

I think the following stats would work. 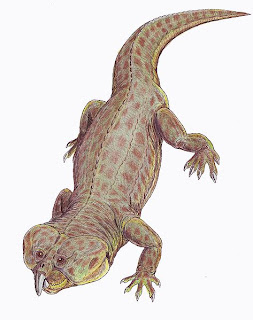 Natural abilities: cold-blooded (lethargic Aspect, or +7 to all actions until warmed up); bite +1D; venom (injected on successful bite, roll stamina to determine number of rounds before losing consciousness).